This awesome video captures the experiences of six wounded Israeli solders who, along with their U.S.and British counterparts, participated in a U.S. Paralympic Military Sports Camp.

The camp lasted only four (4) days and for many it was their first introduction to the world of paralympic sports.  It truly highlights the possibilities that current technology, therapy, and coaching can provide for those who have sustained life-changing injuries. In the case of the Israeli participants all the activities they performed on the video were ones they were doing for the very first time. Pretty incredible!

The participants were sponsored in part by a number of non-profit organizations including US Olympic Committee – Paralympic Military & Veterans Program; Britain’s Battle Back – Ministry of Defense Organization; and the Israeli Charity Tikvot (Hebrew for Hopes).  Music on the video was Fix You by Coldplay.

At Green Prosthetics & Orthotics we have found that many individuals who are facing the challenge of replacing a limb believe their highly active lives are going to be either severely limited or over.  That’s simply not the case.

As our corporate tag line Renewing Bodies – Restoring Lives suggests, moving beyond perceived limitation and living life to the fullest is not only possible but very achievable.

Read Next- How To Repair a WordPress site 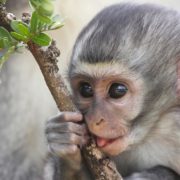 What Are You Holding On To?

Limb Loss Awareness – Are You At Risk?