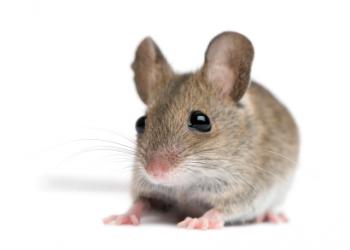 Researchers at Texas A&M University and Tulane University have conducted a joint study on the effects of certain proteins on bones and joints after an amputation. The research has found that treating amputation wounds in mice with two proteins encouraged growth of both the residual bone and surrounding joints. Because the skeletal structure of a human is similar to that of a mouse, the researchers are optimistic that one day the discovery will help people with amputations to regrow limbs.

The research team’s studying methods to stimulate tissue regeneration after traumatic injury previously discovered that treating toe amputation wounds in newborn mice with a protein called BMP2 stimulated growth of the residual bone. The team’s latest research, published in Nature Communications, found that also treating the amputation wound with a protein called BMP9 stimulated regeneration of a joint that forms a juncture with the residual bone.

Three days after applying the proteins to the wounds, the researchers found that over 60 percent of the residual bones had formed a layer of cartilage, as seen in joints, at the end of the bones. The result was more effective when the team treated the wounds first with the BMP2 protein and then the BMP9 protein a week later. Not only did the bones regrow, they also formed more complete joint structures with part of the new bones attached to them.

“Our study is transformational,” said Ken Munoeka, PhD, one of the study authors. He suggested that the experiment demonstrates that even though mammals can’t regenerate body parts, their cells know how to do it. “They can do it, they just don’t do it. So, we have to figure out what’s constraining them.”

While further study will be needed to verify and expand upon the study, the results are encouraging. It’ll likely be years until the research has been vetted enough to perfect the process and is able to be moved into a human trial phase, but knowing that the technology may one day be there is a victory for all current and future amputees.